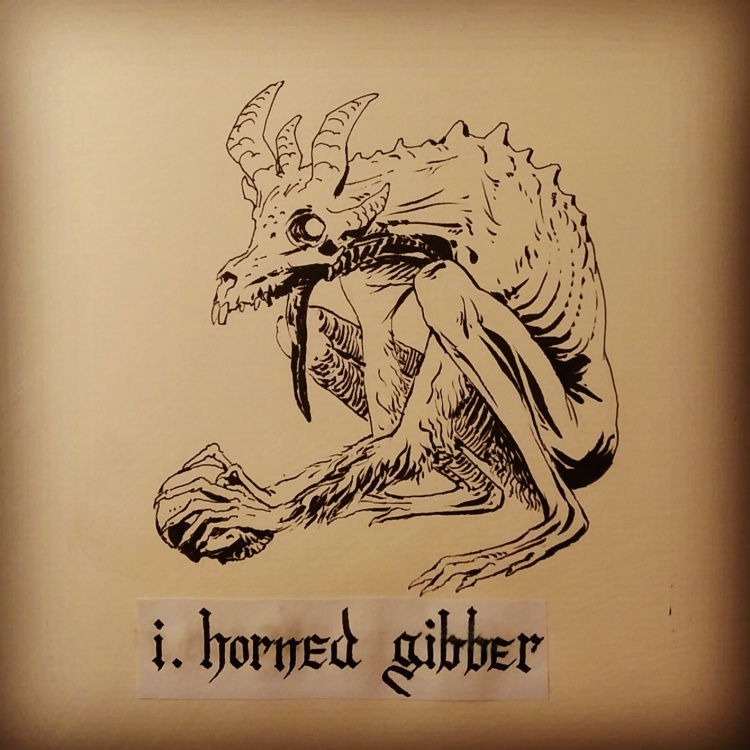 “Not to be confused with the more treacherous Greater Gibber, this carrion feeder of wiccan origins is rather lame and skittish.

One aged account tells of a township that was overrun and desecrated by an innumerable mob of the beasts: supposedly these vermin retain the carnal appetites of their former corpus and are apt to join together in the most unholy of communion to spawn uncounted blasphemous offspring.”

“An uncannily frightful visage, none living have witnessed this unlikely possession, although the reason is not as you guess, dear reader. This spirit does not, by accounts seem particularly malignant.

The last telling of such a possession was by my late aunt, whose tales are generally forthright. The apparition took hold when one sorry fool had ‘laughed himself to death’ during the procession of his cousins funeral.” 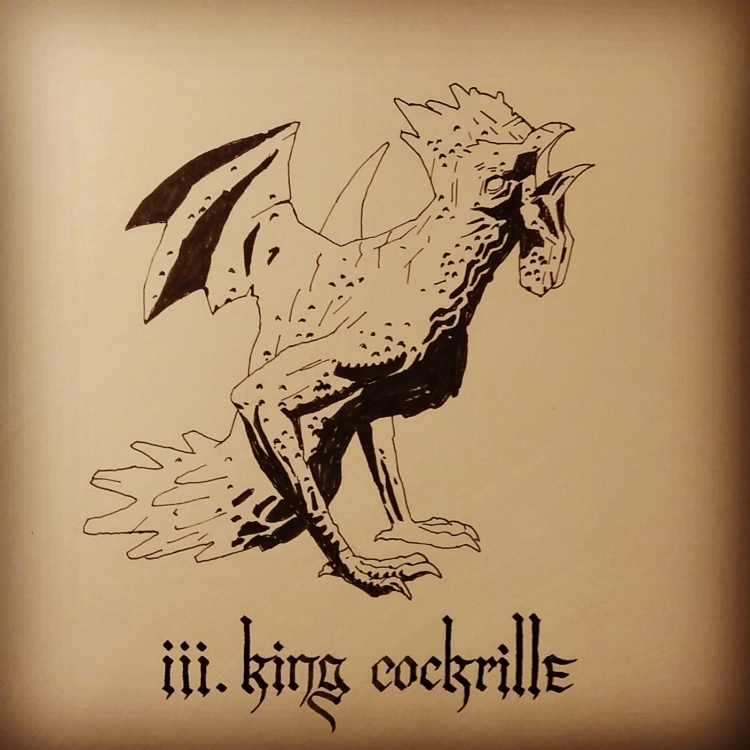 “In one of my outings through the country, I took shelter from storm inside the barn of a pleasant township. Atop that barn perched the most uniquely peculiar artefact, a chimeric stone gargoyle!
My enthusiatic enquiry was fulfilled by my host: this ‘king cockrille’ is a ward handed down from an antiquated age long since passed. Supposedly, when the moon has waxed gibbous, this sentry arouses to guard against the baleful forces, and in the morn at daybreak, declares his victory with a vociferous cry.
I say supposedly, because it would seem that whatever compelling essensce, if it ever were, has long since faded, but I’m not one to besmirch the gentle superstitions of a kind folk.” 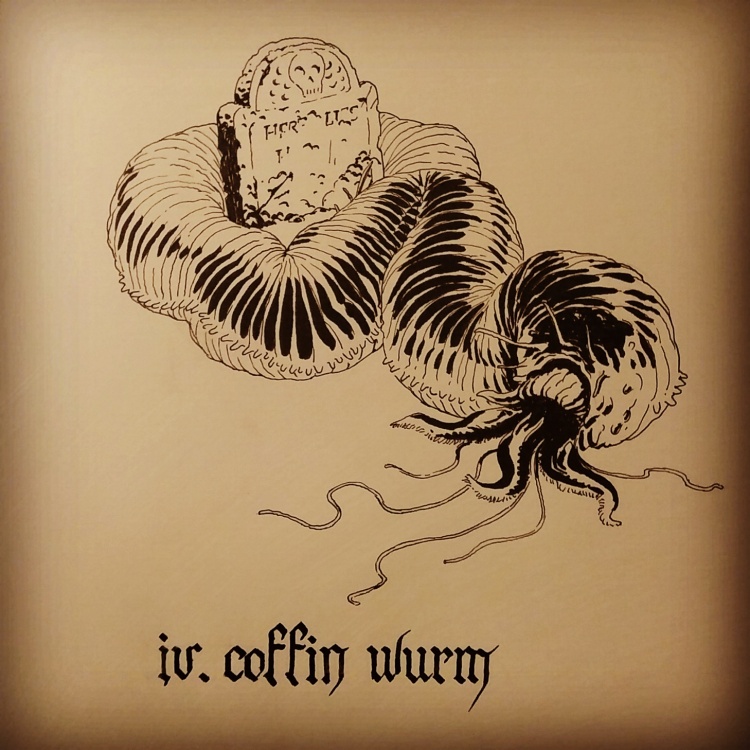 “A carrion feeder even more vile than the usual, although harmless, the muculent grotesque mass is so repugnant I can scarcely describe.
There is a more woeful aspect to this creature as discovered by one Professor Carter, who was a connoisseur of all things strange: one such wurm was unwittingly unearthed during the exhumation of a village grave plot. The wurm revealed inside the coffin was no common one, for it was inert and its rind hardened into a crust, akin to the pupa of a beetle.

Professor Carter promptly arranged for the curio to be transported to his collection house, as the news had no doubt spread quickly by the cemetary workers, words about a ‘bad omen’.
It was thought that Professor Carter had shut himself up with the item in order for his enthralled studies, but it was found by an acquaintance some several days later that the Professor was absent. Nobody has seen nor heard from him since.

A most curious thing I did come upon during my examination of the house: I had found the encrusted wurm to be spoiled by a fissure that had rent the body almost in twain, however, by my diligent assessment this was not the exploratory incisions of Professor Carter, rather, the cleavage was done from the inside.”

“When man was dawning upon this land, the toad was already chancellor of the water.
Growing jealous of his new neighbours, the toad surreptitously asked the maker “O maker, give to me bulbous eyes so that I may better enjoy my neighbours!”

The maker saw that this was good and made it so.

Uncontented, the toad asked again “O maker, give to me vigorous legs so that I may leap from the water to frolic with my neighbours!”

The maker thought that this was fine and made it so.

The maker replied “I shall cast you out from my garden, toad, for your heart has grown wicked.”

Without repentance, the toad said “very well, I shall find another to make me in mine own image.”